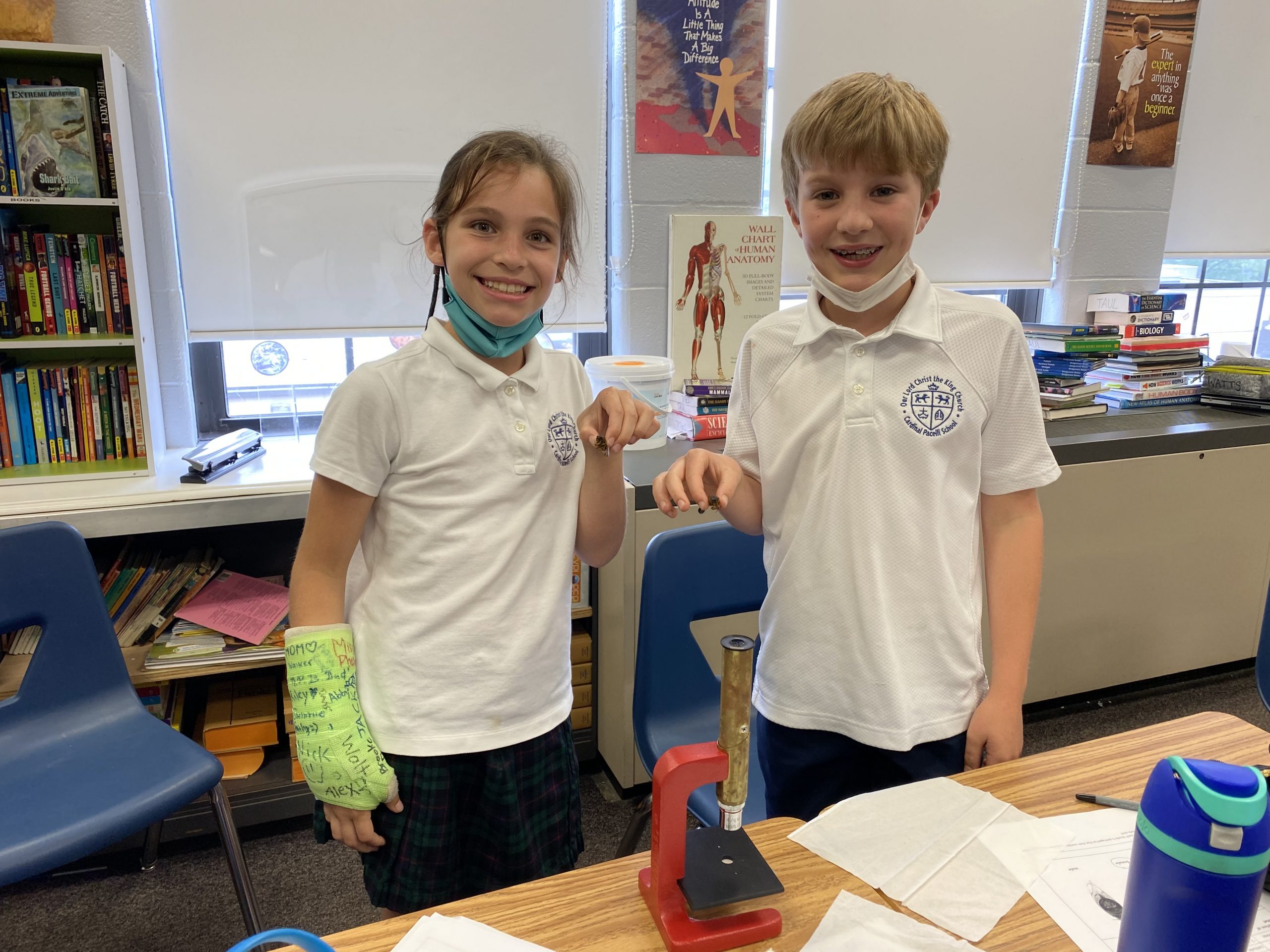 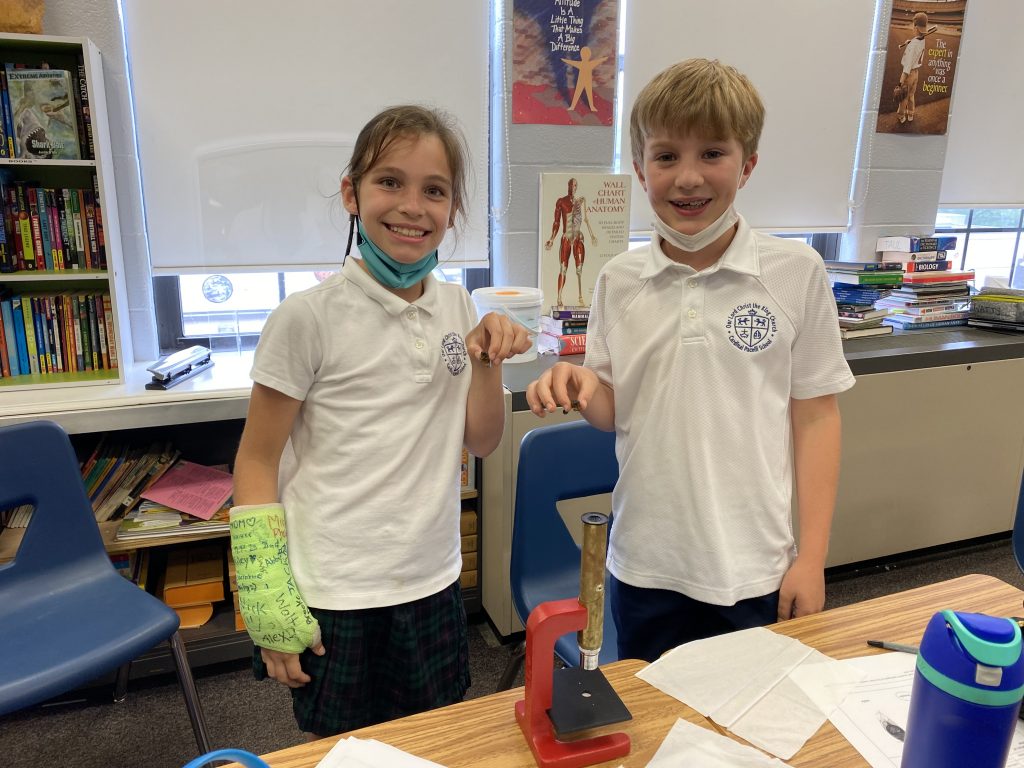 This spring Cardinal Pacelli fifth graders participated in real-world science research. The students determined the habitat and sex of 50 Brood X cicadas and mailed them to a professor at the University of Tennessee.

The study was called What’s the Buzz: Citizen Science with Cicadas and was sponsored by an organization called Students Discover. Funded by the National Science Foundation, this organization is devoted to creating opportunities for real scientific discovery by pairing students and teachers with researchers and scientists.

When Cardinal Pacelli teacher Maggie Taul became aware of the cicada study, she knew it would be perfect for her students with Cincinnati being a prime location for the Brood X emergence.

After Taul and her daughter, Jane, collected 50 cicadas from around their Hyde Park home, she brought them to school. Using compound microscopes her students examined the cicadas, and then filled out a data card indicating each insect’s sex and habitat. Then all the specimens were frozen, packed, and mailed to Dr. DeAnna Beasley at the University of Tennessee in Chattanooga.

Dr. Beasley was interested in learning more about what happens when cicadas are underground for so long, especially when their subterranean homes are affected by environmental changes related to urbanization. Cicadas are sensitive to changes in their environment, and Dr. Beasley decided to study the insects’ wings to determine if urban heat islands might be affecting their growth and development.

A cicada is a large insect from the Hemiptera order famous for emerging in large numbers and making a lot of noise. The catch is that this only happens every 13 or 17 years, so they spend a lot of time underground in a dormant state. They come out for about six weeks to mate and lay eggs, and then the nymphs crawl back into the ground to begin the cycle again.

The fifth graders in Taul’s class spent two days examining the cicadas with compound microscopes and then indicating the insect’s GPS coordinates, habitat type and sex on a data card. When fifth grader Walter Schwendeman learned about the project, he said, “It’s so cool we are going to be a part of a research study.”

Stay Connected
Sign up for The Connector, the church’s weekly email newsletter.