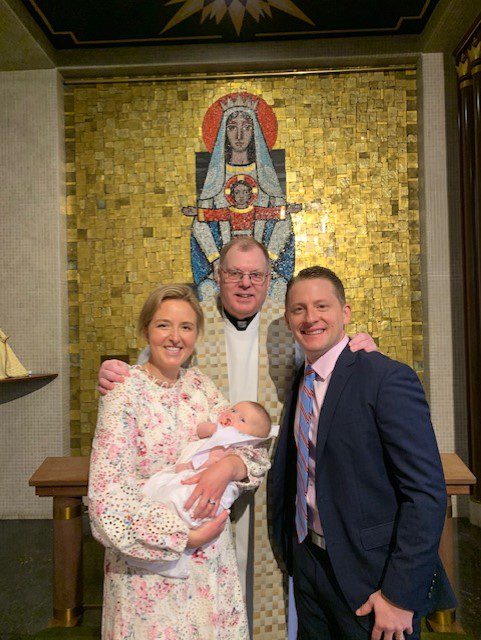 He attended the Pontifical North American College, Rome, as a student from 1978 to 1983. Following his years of study, Father Ed taught at McNicholas High School in Anderson and eventually Badin High School in Hamilton. He was an associate priest at St. Thomas More Parish in Withamsville from 1983 to 1987 and St. Peter in Chains in Hamilton from 1991 to 1995. In 1995 he returned to Pontifical North American College as a faculty member until 2000. From there he became a part of Mount St. Mary’s Seminary faculty and was eventually appointed as rector and president.

Teaching has been an integral part of Father Ed’s journey, and here at Christ the King we have learned so much from him during Mass, prayer, classes he taught, and sacraments he presided over. Fr. Ed always liked to say he waited a long time to become a pastor. We know how lucky we were to be graced by his presence.

“I once told Archbishop Pilarczyk that I should be paying the parish to be here rather than the parish paying me! This has been such an immense gift to my life and my priesthood. I will always carry this wonderful parish in my heart and soul,” he said.

Beginning July 2-3, Father Ed will become a Parochial Vicar at St. Margaret of York and St. Columban in the Southeast Deanery. Fr. Adam Puntel, currently pastor at St. Andrew in Milford, will become the pastor of our parish family, which includes Our Lord Christ the King, St. Stephen, St. Rose and Holy Cross-Immaculata. Fr. Eric Roush and Fr. Barry Windholtz will act as our Parochial Vicars.

Stay Connected
Sign up for The Connector, the church’s weekly email newsletter.